Free books and stories on Smashwords

The following books and stories are currently available for free on Smashwords:

(please click on the headings to link, the images don't seem to link) 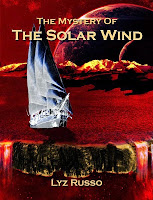 The Mystery of the Solar Wind  (First in the series)

When Paean, a teen musician, boards the 'Solar Wind' with her brothers, all she wants is to escape from those monstrous forces hunting for them. But she is out of luck, because the Solar Wind is a pirate ship. Suddenly all the rules have changed, and she must find her way in this quicksand to figure out whom to trust, what to keep secret, and how to help the high-tech ship evade the law. 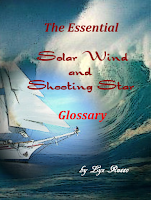 which translates or explains all the foreign words / expressions used in the two successive series.  This booklet is complementary to the two series and will always be free.

Finnegan o'Flannagan (Finn) is an out-of-luck musician in the tiny town of Kilkee. The last thing he knows is how to race a horse; but this is exactly what he is requested to do, by his pretty and forceful young friend, the Lady Millen. Who can deny her?

A bit of slapstick to entertain you on a rainy day...

Mary Adams has married into money. At first this is amazing and she is overwhelmed with thankfulness; but as time goes by she begins to realize that all is not well in the wealthy family. She comes upon a creepy volume of genealogy in the library of the house that was given to her and her husband John to live in, and from there, her curiosity turns into an obsession to get to the bottom of it.


The Light Path, the Dark Path. When Ivy Pennington, a sensible, intelligent young woman, plummets head-first into the occult, her biggest problem is trying to explain that she is simply not interested. Soon the storms of dark magic rage around her. Will she perish in the gruesome maelstrom?

Books for which the Reader Sets the Price:


"Remember who you are!"

Two data capsules tell an evil story. Both the Unicate and the Rebellion want those capsules - but they are in the possession of Radomir Lascek of the Solar Wind. Hunted by both these forces, Lascek scrambles to keep his Solar Wind alive. But things explode in his face, and he is forced to move. Shattered, Lascek launches his own Master Plan - too early.

"Keep an eye on them, Federi!"

Captain Rushka Donegal on the bridge! But the young girl doesn't feel up to running a ship full of unruly young crew. And then they come across disaster... So it falls to Federi to pick up the pieces while his Captain is not aboard. And while he rolls his dramatic eyes and gets things done, Paean Donegal arms up and signs on for the Fight for Freedom.

If the crew of the Solar Wind thought the Unicate and the Rebellion were tough cookies, they haven't yet met the Danaan - from Planet New Dome. Coming to take over Earth - or destroy the planet. Or alternatively, for a mango daiquiri in the subtropical paradise of Southern Free. And then destroy the planet.