Mary Jenkinson’s marriage to John Adams was more than she bargained for. The Family Pool by Lyz Russo is an excellent short story of family drama, mystery, and intrigue. Mary found out that once you married into the Adams family, all that glittered was not gold. Even though John appeared to be the man of her dreams, his family legacy held a deep dark secret. On the outside the family possessed wealth, but on the inside there were rules and regulations that all family members obeyed in order to maintain their lifestyles. The family ruler and patriarch, Uncle Daniel, called all the shots in the family, from where the members would live to that of the in-laws. Mary reveals to the family, by mistake, that she's pregnant and begins to wonder upon this announcement what all the whispers and disdain are about. What Mary did not realize is that by her being pregnant she was violating the family's laws of order.

I enjoyed reading The Family Pool by Lyz Russo because not only was it a great story, but Lyz was able to deliver the story, plot, and ending all within this short read. If Alfred Hitchcock was alive, I believe that The Family Pool by Lyz Russo would be one of the stories that he would chose for his mini movie series collections. If you do not like the original ending, Lyz has offered an alternative ending that you may enjoy. I personally liked the original ending because it added an element of suspense to the story. However, the alternative ending can be used as a sequel. If you like family drama, mystery, and suspense tales, get a copy of The Family Pool by Lyz Russo. I am sure that you will enjoy it.


The Mystery of the Solar Wind:


The Mystery of the Solar Wind
by Lyz Russo (Goodreads Author)


really liked it
I really enjoyed this imaginative, creative, futuristic pirate story. But it's so much more than just a pirate story: dark governmental controlling forces, relationships, genetics, and a total sense of adventure. Russo's characters are great and totally credible. I was surprised how long it was, and there were very few errors for such a long book, so I just dove right in and enjoyed the ride, or, sail.


really liked it
This was a fantastic sequel to The Mystery of the Solar Wind. Action-packed may be a cliché but this book was full of action, emotion and nail-biting moments. Loved it from start to finish. Our favourite characters develop more, and happy endings for good people don't always win out so there is gritty realism.

Why not five stars? Well, if you are going to write in Spanish, it's a good idea to get it right. There were errors. And, there was some repetitive phrasing that should have been tightened up. And some silly little proofing errors. Understandable in a long book. Also, I got lost with the assassination targets. The numbers seemed to change. What happened to the ones in Hong Kong?

Otherwise, it was a top notch read, recommended.

What did happen in Hong Kong?

“Now we’ve got him,” said Sandringham. “Locate that signal!” He punched a few coordinates into his hand-held console.
“Bad publicity for us though,” replied Fu. “The man is clever.”
Genevieve smiled sweetly. “We don’t need publicity.”
“He’s outsmarted himself this time,” said Reverend Smithler. “We know where he is now.”
“Who is he anyway?” asked Genevieve. She was the youngest of the Inner Circle. The youngest – but one of the smartest, thought Fu. The stepdaughter of the Reverend. She came up with ideas that even the Inner Circle found cruel! She was also highly active in the Eradication Squad. Fu didn’t trust her too much. One of those. He also wondered if she didn’t already know the answers to each question she asked – if everything she did was a front. But the Reverend had sponsored her – so she was in.
“This man who keeps breaking our forces! Think he’s dangerous?”
“As hell,” replied Sandringham. “Radomir Lascek. Old pirate. But he’s become blasé. We’ve got him now. Thought he could con the whole Unicate.”

Genevieve eyed Sandringham, running a pink tongue over her well-pampered pink lips. He thought Radomir Lascek was the threat! These little clubs the old men had were amusing; it was fascinating just how ridiculously wrong they could be about the facts.
The door opened. Genevieve glanced – and realized her error. A semiautomatic discharged a single burst of four bullets. Around her, the three men collapsed to the floor, lifeless. As her own life leaked away, she acknowledged every last mistake she had made.
Number one. She had let him get away out of the garden. Number two. She had followed him and his bonded double instead of quietly making a dash for terminating them, by any means, even ordinary means, in the grasslands. Her native curiosity had prevented her from taking action. Number three. She had thought him amusing – underestimated the Bane. The old legend was true! She had failed to trigger the Clans in the Hub, out of pride. Number four. She had failed to alert the entire Unicate the second he had stolen the Peeping Tom. Out of fear, by then. And the worst mistake of them all: Number Five. She had told nobody that he was on the prowl. They might have protected her.
This body was finished. She sighed. She’d have to wait. This was taxing.

Federi pocketed his gun and glanced guiltily at his young partner-in-crime.
“That was it,” he said. “End of Federi’s list!”
Paean stared at the four fresh corpses. Their souls hadn’t understood yet. She glanced at Federi. Hell, he didn’t look good! His face was grey.
“Hate terminating girls,” he said, studying that young woman on the ground. Paean peered at her. She looked a bit familiar. “She was one of those… others, those sharp ones,” added the Assassin. “Like Anya Miller. And that Dahlia. This one’s bin following us since Miami. We lost her when we stole the Peeping Tom.”
“Gosh,” emitted Paean, shocked. So that was why he’d been so badly on edge there in the Hub?
“There’s something about them,” added Federi. “I don’t understand it. The rest of them are – window dressing. Unnecessary killings.”
“Innocents?”
“No, not exactly. Filthy criminals, dictators and so on, murderers like that creature in Honolulu… but…”
She gazed at him, his transparent brave face…
“The day I understand it,” he said, “Federi can give the Unicate another shot. Meanwhile…”
She shook her head. “No more killings for you,” she said decisively. Federi laughed softly.
“Then how am I supposed to keep you safe, starshine?”
“With the sleeping virus,” she replied.
Federi sighed. “All this was terribly bad for you!”
“I’ll be fine, Federi. And you?”
“Sure. We’ve cleared the path for Captain, little songbird. But…”
It was hard to explain. His mission was accomplished. But he knew he hadn’t achieved what he had personally set out to do. The Unicate was still the Unicate. He hoped that Captain’s political take-over would be enough to ease up living conditions for most people on Earth. That the eradication program was averted – that stood to reason; they had killed the military leadership. Those were the guys who thought in bombs. He doubted that someone like Genevieve, or Dahlia…
Radioactivity in Nemiscau? And then, that Hub… Hub of what? He reached for Paean’s hand and turned away from the scene of the crime.
Hours later when the maidservant came in with the first light to open the curtains, she found three dead officials on the floor.

So here I was, faithfully blogging along, and suddenly a WordPress Admin notices one of my posts and decides it's worthy of being discovered.

It's my "why I can't implement Marie Kondo's method completely no matter how totally brilliant it is" post, my "I have a messy house and here is why" post, my "I'm a hopeless sentimentalist and so are my kids" post.  I don't blog stuff like that here, because it has nothing to do with my writing, publishing and belly-aching journey.

LOL, I ought to somehow harness all those views!  Views, beautiful views...  I'm staggered how many come and look.  Click-through rate:  It depends to where.  My WP blog has many outbound links. One of them is even to here.

Funnily enough, none of those "likes" thought of helping themselves to the coupons of three key books - until 30 August:  100% discount on Solar Wind 3, 4, and Arcana.

Smashwords book coupons: (All valid until 30 August only)

By Lyz Russo
CF73X - When purchasing this book, enter the coupon code "CF73X" to receive 100% discount.

Sometimes one needs time.  Time for your mind to stop buzzing.  My head is still buzzing, but step by baby-step I'm getting my life sorted out and back on track.  The only problem is that every time I think I've ticked one item off the list, three people ask me, "Have you done this yet?" "Have you checked out that yet?"  "What's happening about... ?"  And  my mind goes right back to buzzing.

In the interim, it seems as though the writer in me leads a life separate from mine.  She just carries on.  That's really good to know.  I wish the musician & teacher in me had it as easy as that.  Anyway, so this writer-alter-ego of mine has been posting more short-stories to Smashwords and making them free.  Here they are: 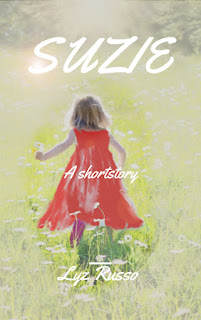 By Lyz Russo
Rated 0/5 based on 1 reviews
On his meanderings, photojournalist Tom meets a little girl who plays alone in the park. First intrigued by her strange character, then worried for her safety, he accompanies her home, though she never allows him to follow the very last bit to her house. Then one day he misses their appointment...
(Review by: J.T. (Janni) Styles on Aug. 07, 2016 : (no rating)
If you like paranormal, you will enjoy this story of a relationship between two unlikely characters, one of whom needs closure. The characters are well rounded and by the end of this story at least one of them will sit in your heart for some time after the reading.)
(review of free book) 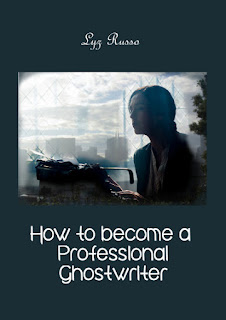 How To Become A Professional Ghostwriter

By Lyz Russo
Kelly has always dreamed of making her writing into a profession. The ad looks like a perfect opportunity, and she is thrilled when her call is actually answered... 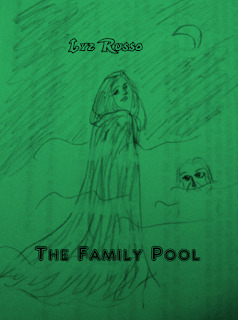 By Lyz Russo
Rated 5.00/5 based on 1 reviews
Mary Adams has married into money. At first this is amazing and she is overwhelmed with thankfulness; but as time goes by she begins to realize that all is not well in the wealthy family. She comes upon a creepy volume of genealogy in the library of the house that was given to her and her husband John to live in, and from there, her curiosity turns into an obsession to get to the bottom of it. 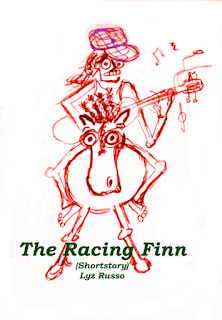 Finnegan o'Flannagan (Finn) is an out-of-luck musician in the tiny town of Kilkee. The last thing he knows is how to race a horse; but this is exactly what he is requested to do, by his pretty and forceful young friend, the Lady Millen. Who can deny her?

A bit of slapstick to entertain you on a rainy day...

These stories are all FREE, and you'll find them lumped together at this link: