In celebration of the revision and re-polish of  Solar Wind 1, I published an exclusive hard-cover version of it on Lulu.com.

It is only available on Lulu.com. 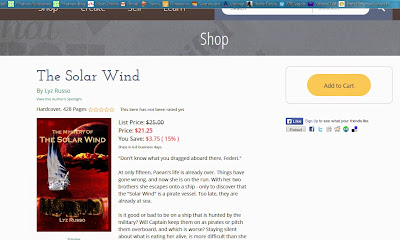 It includes the new first chapter and has been honed and whittled down a bit.  Paean is paeansier, Shawn is shawnier, and Federi is more federitical.  The Solar Wind is windier and sunnier, and Ronan's true character shines through in the beginning.  (I know he gets buttered under a little as the series continues - he gets grouchy.  This is quite clearly due to overload, as the sensitive reader can understand.)

SW1 hardcover version comes in at $25, which is not much for Lulu.com (I don't think I could produce a P'kaboo case-bound book at that price), and for the first 3 months there will be a discount.  The discount diminishes over time, so get yours while it's hot!


"Don't know what you dragged aboard there, Federi."

At only fifteen, Paean's life is already over. Things have gone wrong, and now she is on the run. With her two brothers she escapes onto a ship - only to discover that the "Solar Wind" is a pirate vessel. Too late, they are already at sea.

Is it good or bad to be on a ship that is hunted by the military? Will Captain keep them on as pirates or pitch them overboard, and which is worse? Staying silent about what is eating her alive, is more difficult than she imagined for the extraverted young musician. Can she find allies, actual friends aboard? Or should she, as her instincts warn her, trust no-one at all?

Well, at least Captain is in for a lot of surprises!
As before, the book can be previewed at this link, and this is also where you can find reviews.

I'll eventually publish Lulu hardcover versions of Solar Winds 2 - 4 as well, and nr 5 when I'm ready to publish it at all (I'm not yet happy with "The Morrigan").  These hardcovers make excellent special presents for a read-happy friend or family member; and they'll look good as a series next to each other.

Why exclusively on Lulu?

Because they don't have a lending system!
Posted by kalinka1 at 2:14 AM No comments:

Checking our Amazon royalties, I find time and time again that my books are being read - but I get nothing, because they are being read via Amazon's free library program.

The KU is like a massive lottery.  People download your book, and depending what the "pool" is that month, and what "percentage of the pool" your book is being read, you get a payout or none.  In my case, clearly, none.

But that's not the function of ebooks!  Dammit!  My stories being given away for free; people can just help themselves to reading them, and the author gets schneid out of the deal??  Gee, Amazon!

I went to the settings and saw that there are 3 different ways in which people can borrow a book - that is, you make a "sale" that then gets reversed (after they've already eaten the cake).  There is KU, which comes with KDP.  None of my books are enrolled in KDP (they all are also published on P'kaboo), so clearly the lending doesn't come from KU.  Then there is "KOLL" - a monthly subscription program in which people can read a certain number of books per month.  What does the author get?  A lucky draw - maybe something, more likely nothing.  And then there is "friend lending", which I've found the place to disable.  Ebooks are cheap to begin with.  How cheapskate must one be to borrow them from Amazon and then give them back?

You can only switch off friend lending if you only demand a 35% royalty.  I looked critically at the situation:  My large, 140 000-word epics going for $2.99 and then still being returned.  Bull, as our author Marie would put it, Gold.  I upped the price - they are worth the up-price anyway - and reduced the royalty and disabled lending.  NO more freebies!

If I want to share scenes with you, dear readers, that's one thing.  But to be looted like that?  Does even one of those freebie-readers leave a review?  Well!

And as for the Kindle Matchbook, I don't totally understand the function of this, I believe it's some sort of after-sales sweetie; but I've set them from free to 0.99 anyway.  99 cents for an ebook?  Dirt cheap.  Even we in South Africa don't blink or look up when we have to spend R10.

Werewriters and green selfish dragons, and a critical look at Solar Wind 1

Rereading some of my posts after discovering to the bogglement of my mind that my blog has stats - people are actually visiting the posts, possibly even reading them!

And yes, a werewriter, that's what I am.  On the "ant", I wrote a post after the third or fourth sorely sleep deprived night in a row (I'm now on #5 or #6), about the dragon that is emerging from my previously much nicer personality.  My old shell is splitting in two and the dragon, brand-new and shiny, enormously selfish and powerful, is emerging, spreading out its glittering wings in the sunset to test how wide a span they have.  It will fly; but for now it is merely testing functions.  Fire-breathing.  People-eating.  The furnace that burns in its insides powering it - a metabolism that doesn't allow for sleep.  Low tolerance for nonsense; high enthusiasm for great stuff.  X-ray vision that cuts right through the BS and to the truth, and a forked tongue that will not be tied.

I'm now seriously curious about the selfishness cult of Ayn Rand, for no better reason than to find out what fueled those people that worshiped her, that are all billionaires today.

Adding a "Chapter 0" to SW1 was a good move, no, a great move.  I'm rereading the start of "The Search for Home Base" (Shooting Star 3) and the style is lightweight, entertaining and fast-moving - something SW1 has partially lost over too many careful edits.  Sure, ST3 still has lots of holes in it, and gaps where it should have action, and a lack of multilayeredness (at least, the layers are there but not written out, only hinted at, so there is still lots of work to be done), but - the style is better than SW1.  Stacks better.

Is this then what it will take?  A complete re-edit of the first book, so that the style is (back) in line with my original fast-moving-like voice?  Chapter 0 is great; Chapter 1 nosedives now.  Sorry.  Full circle, 9 years after I originally wrote that first paragraph that was only put in place to evoke a mood before the story takes off.

6th of April, 2116. Rust-coloured waves, calm sea fading into the haze towards the darkening east. A minimal breeze, just enough to keep the perfectly balanced white ship moving forward dreamily, southwest towards Bermuda. Young boy high up in the archaic Crow’s Nest, playing a haunting tune on an ocarina, carried down in snatches on the wind. Young man leaning against the foremast, newly bearded and unkempt from the day’s work, strumming on a Clarsach, a small Celtic harp. Ancient acoustic instruments, rare calm moment, the great sea hushed. Young sailor with red hair cropped as painfully short as her two brothers’, leaning against the rail with an infuriated scowl, humming a fragmented alto line. The fast-sinking sun painting the trio orange. Three musicians, the Donegal Troubles, hired for the Solar Wind in Dublin.

Dark eyes watching from the shadows of the jib stowage bay. 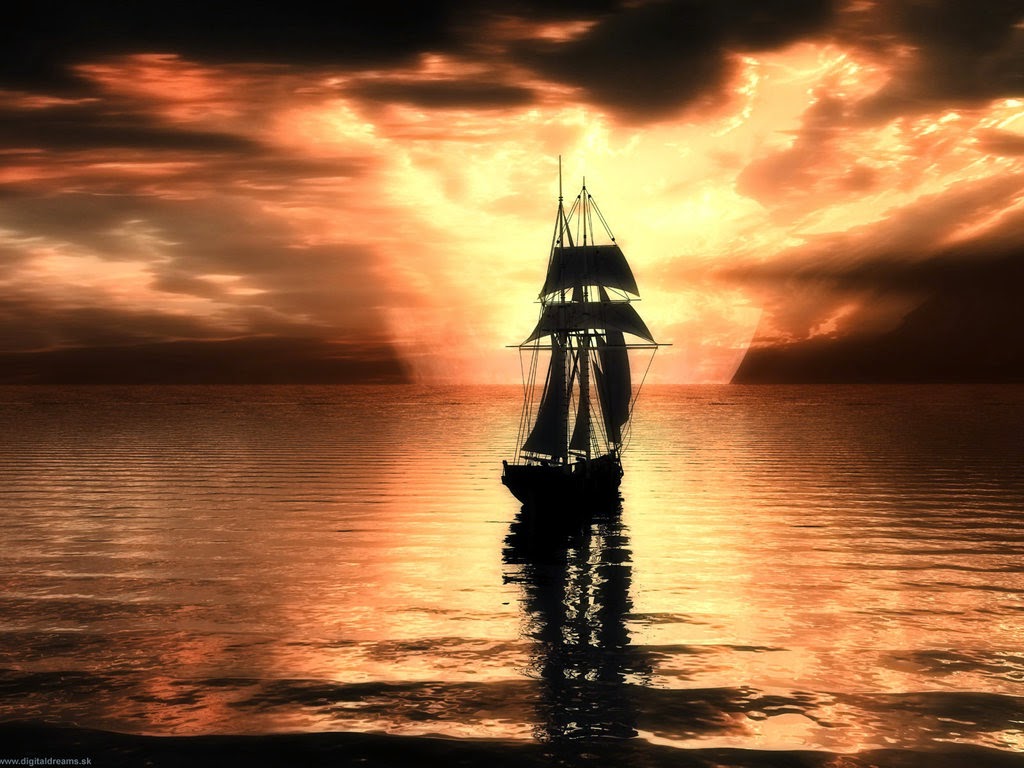 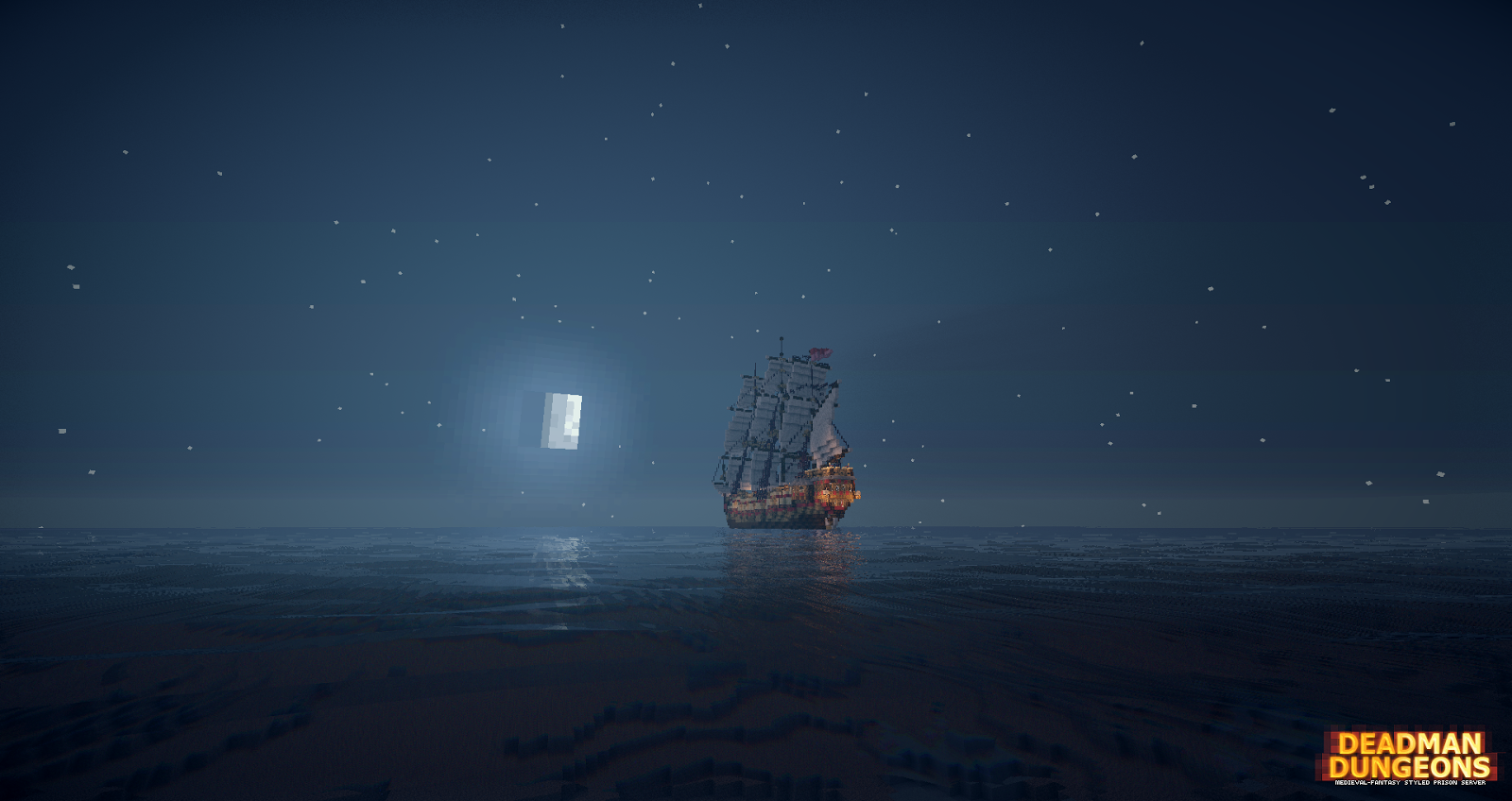