Yeah this is about publishing again

I don't dare voice this on the "ant" as it might be seen as a public declaration of intent by P'kaboo, by some.  One has to be so careful what one shares, it's unbelievable...

Ran into a printer while waiting for a doctor with my son who had injured a ligament in his ankle.  What a small world.  He gave me a few quotes right off the top of his head (knows his trade well).

They are a bit more than what I was quoted last, but then there have been 2 years that went by.  Time to increase prices?  Surely not, everybody moans at the prices I set for our books.  Does that mean I must reduce the tiny margin I make, or worse, forgo it?

This is nonsense.  People will buy a book if they want to read it.  If they aren't interested they won't even waste R20 on it, second-hand.  So those who want the books, will get them.  Those who want them cheaper, can do with the ebook.  The costs of those are significantly

It sorely reminds me of those people who say, "oh, you wrote a novel?  No thanks - I'll wait for the movie to come out."  Don't they realize that if this is everybody's attitude, there will not be a movie?  For every movie that is made there are possibly thousands of books.  Most books never get a movie.  Only the bestsellers ever do - and bestsellers are bestsellers because people read the actual book, not because they wait for the movie.  Ok, mini-rant over.

But at any rate, perhaps the situation doesn't look as glum as I thought.  Perhaps there is a space for a mini-run here and a mini-run there.

The printer told me about a man who came to him for 5 copies.  He printed them for him.  The next month he was back for another 5.  In a while he came for 10, then for a number of months, 10 every month, until it suddenly jumped to 50, then 100.  The man is now the printer's biggest client with 50,000 copies at a go.  An African, self-publishing author.  I am thoroughly impressed.

I also realized that I don't have an FAQ page at P'kaboo.  That is nasty, I'll have to write one...  I'm so NOT in the mood for web programming.

On suggestion of my trusty co-creator and hubbs Iain I have rewritten the start of Solar Wind 1.  Funny how things get cemented in one's mind.  I added a chapter 0, because the book in chapter 1 starts exactly where I want it to start - with a panoramic zoom in to the ship, in a see flooded with red because of sunset and plankton, and 3 young Donegals trying to play "happy music" while keeping their heartbreaking, sinister secret close (and they're not doing it very well).

Chapter 0 provides a bit of backstory and brings the reader in close contact with Paean Donegal, upfront. I'll be posting it on the site as a preview, at 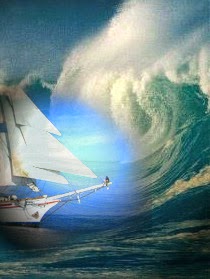 My head in a weird space

I'm writing and writing, the story's just running at the moment.  We're on "Shooting Star 3", The Search for Home Base.  Federi has finally decided to embrace that mutant as a part of himself after she regenerates his body basically from shrapnel.  Galamer has to fight for his kingship of Valleylon; the experienced politicians have found a way to sway the population against him, denying his birth right as High King. On the contrary, they come after him for his blood.  Earth and New Dome need to strengthen their alliance if both civilizations are to survive the battering from the Vaughhi, those blasted aliens that should have stayed on their own end of the universes.  And we finally learn about Jon Marsden's past...

Ice Base gets revisited, and another surprise waits in the wings.  But through it all, there's a melancholy, longing theme weaving its way:  Where can the Shooting Star dock in safety?  Where is home?
Posted by kalinka1 at 2:30 AM No comments:

"How do you cope with the arrogance of being an author?"

This question was raised at me from Goodreads.  For a while I didn't know how to answer it and I'm still not sure I do.

Yea, we authors are a pretty arrogant breed, that's true.  Not in the sense of thinking we're "better than others", but always believing we're better than other authors.  We can't understand why our books don't sell as well as Harry Potter.  Really, not.  Especially if we have "fen", a readership that enjoys our stories and boosts our egos.

But even if nobody reads us, we'll still always be writing.  The point is, being a writer is not a calling.  It's not something we hear a little angel voice say that we should do in order to improve humanity.  No.  It's a compulsion, an addiction, an identity.  I'm a writer by birth, and I'm decidedly not alone in this.  The second I knew how to write, I was writing stories.  Before I could write, my brother and I were "living" and playing out stories, stories and more stories.  My earliest memories, from when I was three, revolve around make-believe.  Legos?  We were playing a story.  Cars?  We were playing a story (the cars had "identities", usually us and a few friends).  Mud, sticks and pebbles?  Stories!  Never even mind the dollies and teddies.  My mom used to put on some music for us (usually classical) and we created a story around it.  She also played puppet theatre for us, and my father took us left and right of him in the evenings and read us - guess what, Grimm's fairytales.  Further feeding the stories.

When I desperately wanted to do something and we couldn't afford it, as a child:  My mother encouraged me to write about it.  I had a bad experience or hated a teacher: I wrote them into a story for revenge.

I dream them.  No, not daydreams.  Actual REM-sleep, moving picture dreams.  "Suzie" is one of them, and "The Nest";  the Solar Wind series is built on a number of dreams and the crew visit me regularly, telling me about the aspects I'm forgetting.  It's a compulsion, I can't ever not write.

There was a time in my life when I was working in medical genetics, the work was often tedious, demanding and always severely underpaid.  I arrived home knackered, too moeg to do anything - but I lay down on my bed and put pen to paper and worked on some or other story, when I wasn't reading some novel by a favourite author.  I sourced the ideas for my stories from real life and from my observations on (what I perceive as) the psychic relations of things to each other, the astral plane etc.  Not from books I read, though they always influence one, somewhere down the line (everything you do influences you).

Being a writer is more like... being a werewolf.  When the sun goes down, you write.  When the sun comes up again, you're still writing, and if you have a day job, or children to raise, or anything like that, woe betide you, you've got to get through the day somehow.  It doesn't matter whether people eventually judge the stories down (hell, it matters, it hurts us as badly as if someone takes a swing at our kids), but we'll always be writing.  It's not something we can "give up" like people give up drinking, smoking or playing tennis.

Because our stories depend on us.  They need us to be there, willing channels that won't shoot them down for waking us up at 3am, "go put on your computer, you've got to get this down now!"

"I'm a wree-totaller, haven't written a paragraph in three months now" - no.  It doesn't work like that.

The arrogance of being an author?  Sorry if I came across as a bit smug in other answers, it wasn't meant that way.  I certainly have nothing to be smug about, any more than a werewolf does. 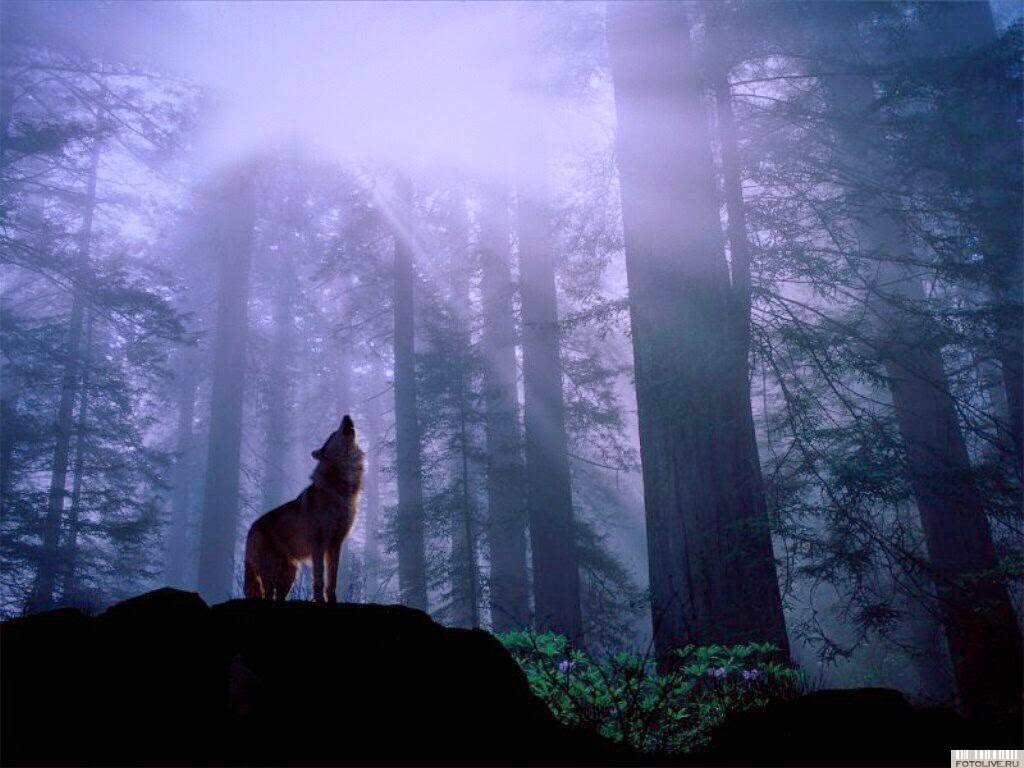 Apologies to the wallpaper art that I ripped from an internet search. It is only to create an impression of the worlds the Shooting Star visits.

Valleylon: An ancient, arrogant civilization of immortals. Their biggest problem is boredom. A nice little rescue mission for Federi and his Donegal Troubles.

But out of boredom, this old civilization also invades other worlds, enslaves other sentient beings, and has a whole slave culture, the central victims being - guess what. Earth humans, because they are biologically closest to the aliens of Valleylon. It's not for nothing Federi & crew "happened" upon these humanoid creatures. So the teenage (really) High King of Valleylon steps aboard the Shooting Star to learn from "Earth's leadership". Ha, I hear Federi nearly choking with laughter, ha, ha! But you can't possibly pass up such an opportunity to mentor the top man of a potentially deadly race. Our favourite pirate has a field day.

Unfortunately for Federi and his teen crew, things start getting pretty deadly pretty fast, even though the young High King is loyal.

Caraya: A planet that is in the vertical universe. Not populated with any kind of vicious predator, sentient or otherwise - to our knowledge. The little shifters that move around on it, "prehelions", are certainly sentient, but they are gentle and their life habits unknown (and just about undiscoverable).  A perfect pirate haven, if they can only stop others from discovering it.

On another front, I'm working on 3 excellent novels by 3 good authors, editing "Split Decision" by Carmen Capuano (that is, she's doing most of the actual rewriting where I just give pointers because I want it done in her own voice); the next sequel in Les Noble's "Magic Circle" ... circles, "Darx Circle", where again editing needs to happen mainly in the author's voice; and I just proof-read a new submission, "KWIREBOY vs VAMPIRE" by Marie Marshall.  There is also a fairy tale lined up by an author who doesn't want her identity revealed just yet; it's written for children and I've had my children split their sides laughing when reading parts to them out loud.  But that one will still take some time to prepare, though the author is hard at work on it.

"KWIREBOY vs VAMPIRE" has that appeal, it's gripping, beautiful dystopian Sci-Fi (though I'm thinking the author might disagree and say it's fantasy).  "Darx Circle" is more a genuine fantasy novel, it reminds of (the best parts of) Stephen Donaldson (ultimately condensed), and some of the more sinister parts of "Lord of the Rings".  Whereas "Split Decision" is a teen romance with a twist... a reality too many young teens face today, darkly anchored in the criminal underworld.

On the horizon beckons another novel, a gypsy story set in Spain...  :-)  I love gypsy stories, and this one, by (sadly deceased) Hector Cortes, via his daughter taking care of the author angle.  I'll have to go very gently on editing, but luckily there is hardly anything.  "Miura" is the story of two boys who grow up to be men - one, a successful surgeon, the other, hampered by his impoverished origins but with an unchained spirit, a matador.

Thank you Bookseeker Agency for your great subs!

But I might take a while to get to that last one (saw the list up there?  And I'm driving to get the whole Solar Wind series finished now, the Unicate must GO!  Federi is under time pressure now...).