... I can't even say the fog is clearing from my brain.

I have been running in small stupid circles trying to get income going now for 7 months.  Results:  Basically none.  Here is why:
Some days I feel good, energy levels high, the part of me that misses Iain is quiet and content with being just a little sentimental voice in the background, and I feel his encouragement from the other side to go for it, step out, make it work.  Those days when I feel strong, I believe I can make enterprise work again.  I set things up, do things, get things ready, make calls..
And then there are the other types of day, when I wake up and there is this blackness edging everything, I can hear the abyss, and sadness sucks all the life out of my day.  On those days, apart from crawling into a corner and howling, I just want to be protected, have someone come and look after me, have him come and put his enormous golden wings around me and wrap me in his arms and tell me it will all be alright, "a plan will be made" like he was always assuring me.
On such dark days (and it has nothing to do with the weather), all I can do is hang in there and go through the motions, make sure the kids are okay, and hide.  And on such days there's this voice in me that says, "you're not strong enough to make business work again - every time you want to hide in a corner, it will deal a blow to your business".  Unfortunately, enterprise is built on energy, and if one doesn't have consistently high energy levels, enterprise becomes an impossibility.
I even have that one person in my circles who tells me that I can stop pretending to mourn now.  That's really cute.   That's really, really cute.  "It's been a year" (said at a point when it was 11 months).  Frankly, people with such a lot of amazing empathy...  I hope that she must never experience what we've experienced.  I hope she is allowed to remain that ignorant.  Because in a way, such ignorance is downright fluffy.

So on Friday it was actually a year. But it started hitting me on Tuesday, remembering that entire week that had gone before.  A weird week; a good week, starting the year.  And then ending it again right away.  With the disaster.
So Tuesday I was down.  Wednesday you could write me off.  Thursday I was numb.  It was a Thursday when they came in to cut us down.  It will haunt me forever, because I can't figure out why.  Even if I could it would still haunt me.
So Thursday was a Parent evening at my kids' school.  It was a good thing to do.  I need to take up contact with humans again.
So on Saturday, which was the 20th, I almost went up to Tullamoore but because Wildest One was sick I didn't.  Instead, Wild One (a.k.a Thing 1) invited all his friends and the teenagers sat and played cards until well into the evening.  It was good to have teen energy fill up the house.  Teens are awesome.

I still don't know what I'll do this year.  I have a few ideas, a few leads.  And Federi is calling me to write.  Iain is egging me on to write again... he knows, it was our story I wrote.  I haven't yet connected back into it.  We'll have to see. 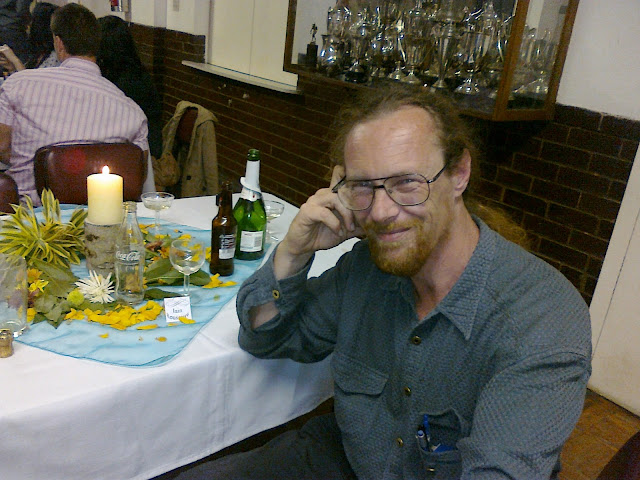